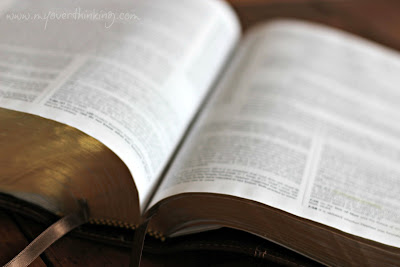 A young man went to work one day and was involved in an accidental explosion. The explosion burned most of his body and caused the man to become blind. While in the hospital the young man who had recently surrendered his life to Christ longed to read his Bible, however since he was blind he could not do so. He had his family bring him a Braille bible; but he quickly found that because of the explosion all the nerves in the tips of his fingers had been burnt so he could not feel the Braille letters. He then heard about a woman from England who taught herself to read by placing the braille letters to her lips. He tried this as well only to find that even the nerves in his lips were burned too badly to feel the letters. The only place he had feeling left was the tip of his tongue. Day after day he would hold the Braille Bible to his face and move the letters across his tongue;until he eventually taught himself to read in this way. Constantly throughout the day he would read his Bible. This man read his Bible cover to cover many times.

Immanuel Kant: "The existence of the Bible, as a book for the people, is the greatest benefit which the human race has ever experienced. Every attempt to belittle it is a crime against humanity."

Ask yourself this simple question: How much time this week did I spend in the Word of God? For many we will find that we spend much more time watching T.V. then in our Bibles. “We say on Sunday how much we want revival; but then on Monday we can’t even find our Bibles.”
Posted by Kason at 8:22 AM