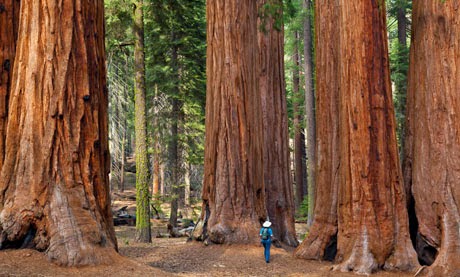 Were you to ever venture just north of San Francisco into Muir Woods, you would find an incredible forest of Sequoia trees. Sequoias are sometimes referred to as the largest living things on earth, reaching almost 250 feet in the air and standing for as many as fifteen hundred years.

You would probably assume that deep roots would be the fundamental reasons the sequoias could date back a few decades from the collapse of the Roman Empire. That is not the case at all, because each tree’s roots grow only about four feet deep in the ground, while going deeper helps many trees remain upright, the Sequoia has not overcome the difficulties of life because of its depth.

If you looked around, you would notice that Sequoia trees grow only in groves. While their roots go only about four feet deep into the ground, their roots intermingle with the other Sequoias next to them. One tree has other trees surrounding it, supporting it and keeping it strong. Each tree stands strong through the centuries because each tree depends on others.

No believer is transformed alone. Sunday School, and small groups are so important, because it is during this time that we gain a sense of community, friendship, accountability, and comfort.

What is holding you back from getting involved? I want to invite you, I want to encourage you in every-way that I know how… find a Sunday School group and begin to grow.

*see Transformational Groups
Posted by Kason at 11:15 AM