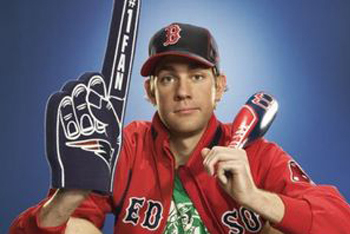 Maybe you watch football year long waiting for this big game, others like me will watch one game of the year and and it will be the Super-Bowl.

Some of you even refer to the team as ‘your’ team. I have always found it interesting when someone is talking about a team like the “Cowboys” and they say ‘we made it,’ or ‘we were robbed of that catch.’ As if you were on the field playing.

The reality is while we may like to imagine that we are a part of it, the truth is that we are just fans on the sidelines.

You don’t catch a pass, you don’t run the ball… you will never make a single point, or a single tackle… you are just a fan watching the game at a distance.

Many of us have taken the same mentality and allowed it to come into our Christian life.

Fans will by tickets, Fans will get excited when the team does will, and Fans will get discouraged when things head south… But a fan makes no impact in the game.

Fans of churches are the same, they might ‘buy’ a ticket by placing some money in the offering plate, and they might get excited when things go well or bummed when things head south… but many are making no impact in the Kingdom of God.

It’s an interesting analogy if you really begin to ponder it.


Jesus never called people to be fans, but he did call individuals to be followers.
Posted by Kason at 12:16 PM